by torrenslawgroup | Aug 23, 2021 | 2021, Answer and Affirmative Defenses., Are You Behind On Your Mortgage Payments?, Attorney, beginning the day you were served suit, Best to retain counsel, Even if you work with the bank for a loan modification, Florida, Foreclosure, Foreclosure Defense against the bank, Foreclosures:, in mortgage foreclosure, Lawsuit, Loan Modification, Newsletter, Real Estate Foreclosure Attorney, Real Estate Foreclosure Defense Attorney, Reasons to hire a foreclosure defense lawyer, The bank will have its lawyers, The Florida Bar, Why should I hire a foreclosure defense lawyer?, You can lose your case by default if you do not file written response in the timeframe your summons allots., you still need to respond to your summons. 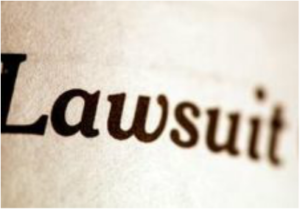 I hope this newsletter finds you and your family doing well.

For this newsletter, I will focus on the importance of filing a written response to a lawsuit. This topic is timely given the forthcoming expected wave of eviction and foreclosure suits.

When you are personally served with a lawsuit, the top page of the packet should be called a summons and that summons should tell you how many days you have to file your response with the Clerk of Court. If you have been sued and do not file your written response by the deadline on your summons, you can lose the case automatically “by default,” because you failed to raise any defenses via a written response.

Here’s an example I have seen repeated many times during my years in practice:

Next thing the homeowner knows, she receives a notice in the mail, notifying her that a judgment of foreclosure has been entered against her and that her home is heading to the auction block.

How does this happen when the homeowner was working diligently with the lender?

The rules of court state that if you do not file a response to a lawsuit, your opponent (in this case, the lender), can win the case quickly without you even being afforded a real opportunity to defend yourself in court. It’s kind of like signing up for a competition and not showing up. You just lose the competition by default.

Think of a court case as having two tracks. One track is the settlement track, where you try to resolve the case with the other side through some kind of a settlement. In the example just given, the homeowner receiving a loan modification that brings her current on her mortgage would resolve the foreclosure case.

Do not make the mistake of ignoring the critical second track: the court case. In Florida, the only person who can sign a foreclosure judgment authorizing the forced sale of your home is the judge. Do not just deal with the other side and ignore the deadline to file your response in court.

With many lawsuits in Florida, such as foreclosure cases, you have 20 calendar days (starting on the day you are served) to file your response with the Clerk of Court and to mail or e-mail a copy to the other side.

In evictions, Florida law only provides the tenant with 5 business days (starting on the date you are served) to file their response to the lawsuit.

While there are a number of preliminary motions that can be filed in response to a lawsuit, I do not want to complicate this newsletter by going down that road. We can save that for another day.

The basic response to a lawsuit in Florida is called an Answer and Affirmative Defenses. The answer part is where you answer (by admitting, denying, or stating you lack sufficient knowledge to admit or deny) the numbered allegations made in the lawsuit. In Florida, a lawsuit is called a Complaint.

Needless to say, preparing filings for court can be a very nuanced and complicated practice. For this reason, it is always best to retain counsel before the deadline to respond to the suit lapses.

The main point: if you have been sued and are trying to work out a settlement with the other side, do not ignore the court case. Protect yourself and your family by filing your response with the court! Get your defenses on the record!

Have a great evening!